Blog / Financial Advice / 5 Ways the Tax Man is Watching You

Hey, Canadians! We just wanted to give you a reminder that the 2017 tax season’s about to meet its end. With all that’s been said and done, we hope you’ve made sure to ‘crunch the numbers correctly’ in your tax return.

Because if you were to forget to include a couple of zeroes in your income, chances are, you’re going to have a bad time. Forget the tea and crumpets - the talk you’re going to be having with the investigators at Canada Revenue Agency (CRA) won’t be all too pleasant. 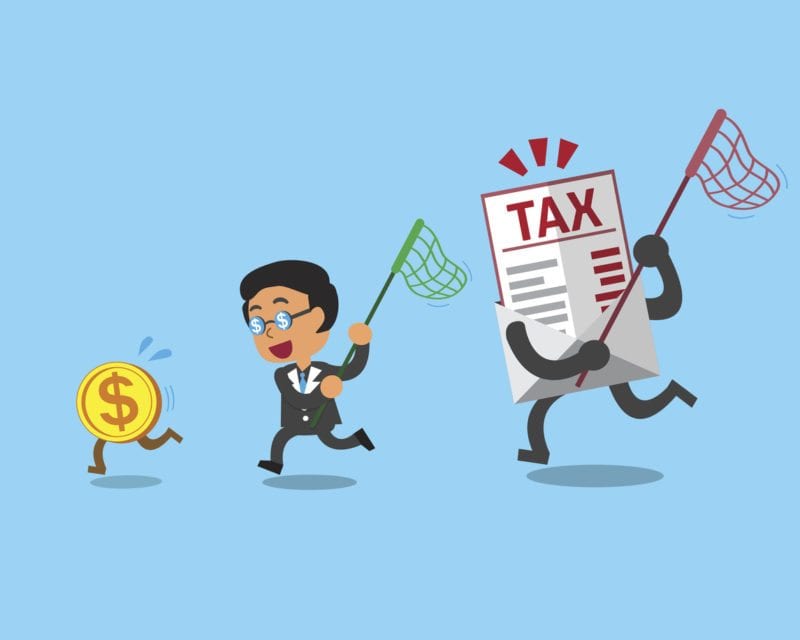 It’s best not to mess with the ‘tax man’ – they know a lot more about you than you’d think. Here are 5 known ways the CRA looks out for possible tax evasion and other fraud cases:

Obsessed with social media? Well, so are they.

Let’s be honest – we’re all guilty of using our social media accounts to brag about our purchases. The CRA is fully aware of this knowledge, which is why they may look into your posts to investigate your financial life.

From the CRA’s perspective, social media surveillance is a perfectly legitimate practice. And honestly, why wouldn’t it be? Let’s not frown and point fingers - we’ve all done our share of online stalking, so we’re really in no position to judge.

Say that a series of bad decisions led you to making a huge purchase – which, you probably shouldn’t have done. And say that you’ve boasted about said purchase on your Facebook and Twitter, for the world to envy and admire. The CRA could see this, and check it against what you’ve declared as your income in your last tax report!

And if you’ve declared a very modest amount as your income, it wouldn’t be very surprising for them to give you a call.

Let’s say you’ve got some old furniture you need to get rid of. Instead of chucking them away to the landfill, why not post it on Kijiji and make a few bucks?

Thank to the rise of online share economy services, there are plenty of great ways to make extra money on the side. And because it’s essentially a peer-to-peer marketplace, there are no strict business models for people to follow.

Not to mention that the CRA agrees you don’t need to report small gains you make from a hobby! That’s why it’s so easy to think that the money you make on Kijiji, Uber, Airbnb, eBay, and other online services isn’t technically income.

But when you start showcasing your pieces in an online catalogue and shipping orders across Canada, can you really continue calling your ‘share economy venture’ a hobby?

To put it simply, if your side hustle is making you more than $30,000 annually, you’ll need to include it in your tax return. But if you’re planning to play dumb, take note: the CRA is fully aware of the boom of sharing economy, and they’re able to data-mine these non-traditional sources of income in a heartbeat.

Don’t underestimate the power of the CRA – they have the rights to access info from all Canadian financial institutions!

So for the people who’ve been thinking of tweaking their revenue numbers, they’re out of luck. The CRA can peek into your credit card transactions to see if your stated sales are your ACTUAL sales.

Furthermore, they also have the power to analyze your TFSA and RRSP contributions!

Before you start complaining, you have to understand that tax evasion is a serious form of fraud that affects the country as a whole. In order to maintain order, there are some things we just can’t do without.

Real estate tax evaders are quite sneaky – they flip homes for a profit, and dodge taxes by classifying multiple homes as principle residences, without living in them.

And back in the days, it wasn’t so easy for the CRA to catch them on the act. That’s because every time a property has been bought or sold, they had to send their people down to the registry office and deal with a lot of hassle to figure out the details of the transaction.

But times have changed. Thanks to the Internet, investigators can now look at all real estate transactions with the click of a button!

CRA agents won’t hesitate to pay your business a visit if they smell anything fishy. After all, there’s only so much an agent can tell with numbers. There are lots of insights the CRA can gain by posing as your customers!

For instance, the agents could gain new insight on how your business works by purchasing your products or service. They could also confirm the numbers on your previous tax returns by checking out how many people frequent your business.

Tax collectors no longer have the authority to state what you owe. That power and responsibility now lies within the hands of us taxpayers.

But as Uncle Ben repeatedly told his ungrateful brat of a nephew, “with great power, comes great responsibility.” You have the power to mess with the system, and the only one who can hold you back is none other than yourself!

Tax evasion can lead to serious repercussions. And with data mining the way it is today, the CRA has many ways of finding out if your return doesn’t accurately reflect your earnings.

So no matter how dire things may seem, don’t ever give into temptation! If you’re in immediate need for cash, Magical Credit offers cash loans between $500-$20,000 to anyone with a steady source of income or government subsidy such as a pension plan.

If you’d like to calculate the interest on our loans, or would like to find out more about our loan repayment term in general, check out our personal loan calculator online.