Gross profit and net profit are two important metrics used by businesses to determine a company's profitability. Profit, in its simplest form, is the remainder of the revenue generated by a business after operating costs has been deducted. It can also be thought of as a tool for determining a company's growth and development. 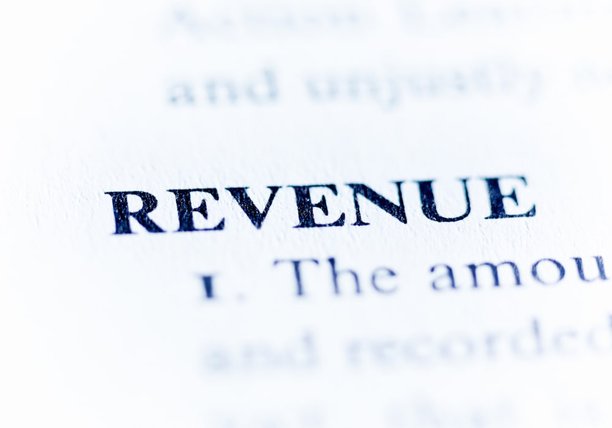 The two basic categories of profit, net and gross profit, are commonly used interchangeably and are frequently misunderstood. Continue reading to learn the distinction between gross profit and net profit.

What does Gross profit mean?

The dividend received from an investment after subtracting all expenses incurred throughout the manufacturing process is known as gross profit. It is the overall profit made from the sale of a company's goods and services. Additionally, these earnings quantify a company's profitability depending on its efficiency and productivity. In doing so, the concept of labor and supply is applied to the evaluation of an investment's performance.

This profit is also inversely related to the Cost of Goods Sold (COGS). This means that the smaller the COGS, the larger the gross profit. COGS also covers all of a company's manufacturing costs and is taken from the investment's income. A few instances are given below:

We can determine from the above that COGS is a variable rather than a fixed expense. It is proportional to the output yield and is highly volatile. Wages and salaries, charter or rent, and property insurance, for example, are all fixed costs.

How do we calculate the gross profit?

Deducting the manufacturing cost of an investment's goods and services from total sales or revenue yields gross profit. This method aids business owners in determining their company's financial efficiency.

Let's imagine a company made $6 million in revenue and spent $1 million on production in the second quarter of the year. The commercial enterprise's gross profit will be as follows:

What does it mean to have a net profit?

The earnings of an investment after all interest charges, levy expenses, and operational expenses have been deducted are referred to as net profit. It is based on gross profit and reflects an investment's profitability. Furthermore, profit can be negative, in which case it is referred to as a net loss. It has a broader range of applications than gross profit. As a result, the profit includes the company's interest earnings and dividends from asset sales.

How Do We Calculate The Net Profit?

The calculation of net income is heavily influenced by the gross profit. It's calculated by taking the gross profit and subtracting all costs and expenses, including other profits. Overhead charges, levies, and interest are some of the expenses that are covered.

For instance, if a firm called Bloom world limited had total revenue of $500,000, what would their gross production be if their total cost of goods sold (COGS) was $100,000?

To figure this up, we'll use the gross profit formula:

To calculate the net profit, add all operating expenditures, including levy and loan interest. Assume that these expenses total $150,000 in the scenario mentioned above; then:

Because the final answer is positive, the investment is profitable. If the answer was negative, the result would have been referred to as a net loss. This negative effect of such could have been mitigated by keeping track of all spending and avoiding over-budgeting.

A business's net profit is a model for assessing its financial health. Profit and loss are two significant aspects that determine the growth of an investment in the business world. In addition, net profit accounts for how much a corporation generates, as well as the costs of production, the profit-to-loss ratio, and overall financial projections.

Furthermore, the majority of governmental official forms require the net profit statement. Other institutions, such as banks, use the statement as the major determinant in granting a short-term loan. This is due to the fact that it indicates a company's financial capacity.

What's the Relationship Between Net Profit and Profitability?

There is a link between a company's net profit and its profitability. In terms of profitability, net profit is a measure of investment. In other words, it's essentially the same as profit in this context.

Furthermore, net income and net profit are the same thing because they both measure the value of products and services sold after all expenses are deducted. As a result, they're both utilized to assess a company's profitability and financial health. There is, however, a distinction to be made between profitability and profit. Profitability is a metric that is expressed as a percentage, with the mathematical formula being the ratio of profit or earnings to total revenue or income. On the other hand, profit is expressed as a fixed and distinct value rather than a percentage. It's just the amount left over after all costs and expenses have been removed from overall revenue or income. These two financial indicators are vital for entrepreneurs and businesses because they indicate whether their investments are prospering or failing.

How Important are Net Profit and Gross Profit?

It is impossible to overestimate the importance of net profit and gross profit. Both of these financial tyrants are listed on the income statement. While gross profit only provides a portion of a company's financial information, net profit reveals all of it. When it comes to investing money, business lenders and creditors look at the net profit rather than the gross profit.

Furthermore, there is a difficulty when the gross profit is less than the net profit. If this occurs, COGS and other expenditures must be reduced. The company's productivity will rise as a result of this.

Whenever the gross profit is smaller than the net profit, there is a problem. COGS and other costs must be decreased if this occurs. This will increase the company's productivity.

Is there a limit to Net Profit and Gross Profit?

This is a crucial question that most business people ponder. The truth is that gross profit and net profit are both limited and not relevant to every financial institution. As a result, these financial statements are not required by every business partnership or business entity. There are many service providers, and these businesses are not concerned with the cost of goods and services (COGS). This is a crucial consideration when calculating gross profit, which has an impact on net profit. In some cases, the firms having them prepared barely make use of them in ways that directly influence it.

Conclusively, the two most important profitability metrics are certainly net profit and gross profit. These two financial indicators are profits made after all expenses, including manufacturing costs, have been deducted from total income. They both determine investment profit and are reliant on the overall income generated.

While gross profit is the overall earnings after COGS are deducted from a company's revenue or income, net profit is the total earnings after a variety of expenses are deducted. It has to do with COGS, which covers, among other things, the cost of production materials (including raw materials), personnel wages, repair and maintenance costs, equipment expenses, inventory costs of manufacturing utility, and transportation costs.

Furthermore, gross profit is similar to gross income in that both are concerned with expenses related to the cost of goods and services. They are important profit dictators who determine an investment's productivity and play a significant part in assessing its growth. Nonetheless, the value of revenue, which is an important portion of the income statement, is affected by business growth.

Net and gross profit, on the whole, are reality checks for business people, and they almost always go hand in hand.