Blog / What is the Prime Rate?

What is the prime rate, and how is it calculated? What impact does this factor have on mortgages and other types of loans? The answers to these and other questions can be found in the explanation provided below. 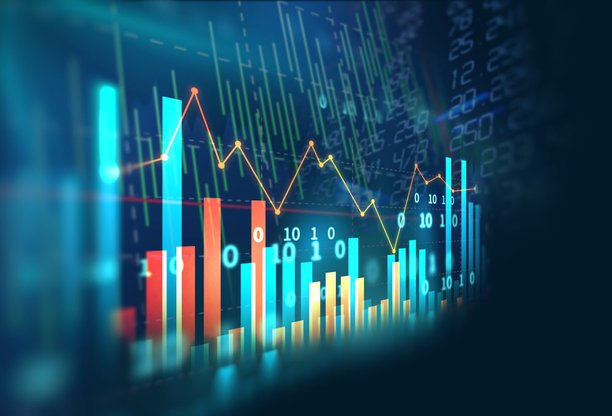 If you've heard of the term "prime rate" from banking professionals, you've undoubtedly found it difficult to comprehend, assuming you knew what it meant in the first place. This word is also commonly used by those seeking various types of loans from a variety of lenders, as well as those looking to buy a property.

A lending company's prime rate is simply an interest rate offered to a limited group of customers. Customers who have been judged deserving of these special rates are individuals who are trusted and are recognized to be creditworthy. These people have been verified to pose a lower risk to the lending institution due to good credit history and a variety of other factors.

Understanding what a prime rate is

A financial institution charges an interest rate on a principal. In most cases, these rates are the same for every borrower who obtains a specific type of loan. On each financial asset borrowed, prime rates are offered to selected borrowers with excellent credit scores and histories.

To further grasp what a prime rate is, think of it as the lowest interest rate a credit union, bank, or other lenders can charge a customer. It is the most economical rate, however, it is not available to all consumers.

Large corporations and individuals with excellent credit ratings are usually given these discounts since they pose less risk.

The prime rate is used as a reference point for determining other interest rates. Lenders use the prime rate they provide to a chosen few to set the rate they will charge the rest of the clients. Whether you're applying for a credit card, a home equity loan, a mortgage, a vehicle loan, or any other type of financial instrument, the prime rate offered will have an impact on the overall rate charged you if you're among the majority of borrowers.

Basically, consider the prime rate as the benchmark against which lenders calculate general interest rates. The lender adjusts the difference between a draft rate and a fixed prime rate to arrive at a percentage that is favorable to itself.

What determines the prime rate?

Financial institutions do not totally set the prime rate, and the government does not fully determine it either. The rate offered is mostly determined by economic fluctuations. Expect the prime rate for mortgages and credit cards to be low in a good economic condition. In the event that the macroeconomic situation worsens, expect hefty interest rates on all types of loans and financial packages.

Despite the fact that financial organizations have the most impact in deciding the prime rate, the government, through the Bank of Canada, sets the standard for lending corporations to follow. When the economy is performing well, the Bank of Canada protects against price inflation by raising its benchmark interest rate goal. This way, individuals will most certainly be forced to cut back on their expenditures. In contrast, when the economy reaches a low point, the benchmark interest rate objective is revised to reflect the current economic situation. Banks are required to raise or lower their rates in response to each rate review by the Bank of Canada. Failure to raise the prime rate when the BoC does will cost the lending bank money because borrowing money will be more expensive.

Even though banks set their prime rates based on the central bank's targets, the four major banks in Canada, Bank of Montreal (BMO), Bank of Nova Scotia (Scotiabank), Canadian Imperial Bank of Commerce (CIBC), Royal Bank of Canada (RBC), and Toronto-Dominion Bank (TD), all have similar values.

Fortunately, a significant change in the BoC benchmark within a month is rare, while multiple shifts within two to three months are not uncommon.

How has the prime rate in Canada changed over time?

Following the end of World War II in 1945, the prime rate paid by major Canadian banks experienced significant fluctuations. The prime rate rose steadily between 1945 and the early 1970s, finally reaching double digits. Following economic pressure and subsequent BoC mitigation measures in the early 1980s, the rate soared to 15% and then peaked at a record high of 22.75 percent in August 1981.

The peak rate, on the other hand, has fallen since then, reaching a Canadian record low of 2.25 percent in April 2009, following the Bank of Canada's stimulus to avert the financial crisis. As we approached 2010, the rates began to rise again, although at a much slower rate, and then fell to an all-time low during the COVID-19 pandemic of 2020.

Although the rates appear to be fluctuating rapidly, this is not the case. Banks and other private financial institutions frequently reflect their prime rates in their interest rates. When the Bank of Canada lowers interest rates overnight, banks are likely to keep their previous rates or raise them for about a week before being decreased.

How the prime rate affects you

True, the benchmark rate used by lenders to establish interest rates on credit cards, mortgages, and a variety of other financial products isn't the rate paid by the vast majority of borrowers. It does, however, have an impact on the amount you pay back on the money you borrowed. The mortgage is one of the most impacted products.

The impact of the prime rate on mortgages

Variable-rate mortgages, on the other hand, are heavily influenced by the prime rate because interest rates fluctuate according to it over the life of the loan.

The prime rate has a significant impact on the products listed under the home equity line of credit or HELOC. The rates of these products vary depending on the prime rate fluctuation. It's also common to see a HELOC product labeled as "prime plus 1%," or more commonly, "prime plus one."

The prime rate has an impact on your credit cards

All variable-rate loans have a tendency to move in lockstep with the prime rate. Either their effect is barely discernible or it is significant. The rates, on the other hand, are set by the financial institution providing the service.

It's an established knowledge that if the prime rate rises, the cost of credit cards, mortgages, and other financial goods will certainly climb as well. The downward movement of the prime, on the other hand, leads to a similar negative tendency in financial goods. If you're experiencing a downward trend, you might want to consider getting a credit card, a mortgage, or other financial products to take advantage of the lower interest rates that usually accompany such events. If you're already a subscriber to an adjustable-rate financial product, a decrease in the prime rate will be beneficial to your finances, while the opposite would be detrimental.

Obviously, the amount you pay for any financial product is largely determined by the financial service provider's current prime rate. You are unlikely to get a prime rate as an individual because prime rates are usually reserved for corporate clients. For individuals, it's best to think of it as a predictor of how mortgage and loan interest rates will be. To obtain a more definite idea of how your short-term loan repayment will be, get it calculated easily online. The tool is quite helpful if you intend to apply for a fixed-rate loan. Even though the loans have a set interest rate, if you have a solid credit score, debt-to-income ratio, and credit history, you will most likely be provided a favorable rate while the prime rate is low.